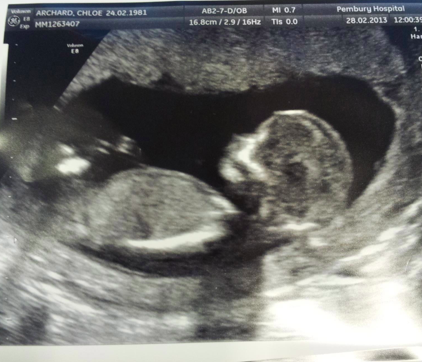 Can You Prevent Morning Sickness?

Can you prevent pregnancy morning sickness with good nutrition? This was the question I desperately wanted an answer to after finding out I was expecting baby number 3! I suffered really bad sickness in both of my first two pregnancies from 6 to 12 weeks and it usually lasted all day long.

Before trying to conceive this time I researched online and found two articles – one by Mommypotamus and one by Wellness Mama, both suggesting that good nutrition plus some supplements had helped them overcome morning sickness. In particular they both talked about the benefits of magnesium oil.

Anyone who has had morning sickness knows how awful it is so anything that might help was worth a try. Knowing what I know now about nutrition I also wanted to try and eat the best I could during my pregnancy, and not spend 6 weeks living off refined carbohydrates which were the only thing I could stomach in that period in my previous pregnancies.

So what did I try and has it worked?

I have been eating a paleo diet 80-90% of the time for around 2 years now so that hasn’t changed during this pregnancy. What I have done though is place a big focus on increasing the nutrient-density of my diet in the 2-3 months before trying to conceive. In the months before trying to conceive I more or less followed the Weston Price Diet for Pregnant & Nursing Mothers which is as follows:

I skipped the recommendation to eat whole grains and drink raw milk but I did drink a lot of raw kefir. I have been drinking and cooking with bone broth as often as possible, eating more liver and eating a lot of vegetables. I recently read The Wahls Protocol by Dr Terry Wahls, an inspiring book. Dr Wahls has reversed her Multiple Sclerosis symptoms using a specific version of the paleo diet and gone from a wheelchair to walking again. In her protocol she recommends 9 cups of vegetables a day, split evenly between sulphur rich vegetables, leafy greens and brightly coloured fruits and vegetables. I have been trying to follow this recommendation. I consumed fermented foods daily – raw kefir in smoothies, fermented salsa and sauerkraut as well as taking probiotics.

I have been taking Cytoplan’s pregnancy vitamins – I chose this brand because they contain methylfolate rather than folic acid as well as B6 and B12 that I had also heard helps with sickness. I have also been taking Green Pastures Fermented Cod Liver Oil/Buttter Oil blend – I took 4 capsules per day. (I also bought some Extra Virgin Cod Liver Oil from Rosita Real Foods which I have been giving to my children). On top of that I used magnesium oil applied to the skin daily for 3 months before falling pregnant (although I had to stop this around 10 weeks pregnant when my skin got super sensitive and the oil made my skin itch). A friend used ReMag Solution and avoided morning sickness and she believes this helped.

There’s also some evidence to suggest zinc is critical to avoiding morning sickness. It’s mentioned specifically by Mary Dan Eades in her (now very old) book on supplements. Zinc is generally considered safe in pregnancy. Natures Best (UK brand) specifically mentions on their zinc that is is safe for pregnant women. The Cytoplan multivitamins that I took contained zinc.

Sadly I still had some sickness this time round although the good news is that it has been nowhere near as bad as in my previous two pregnancies. Previously I felt sick all day long and had to snack every 1-2 hours to survive! I also felt extremely lethargic and exhausted throughout the day and into the evenings.

This time I have had no sickness, lethargy or daytime tiredness which has been a HUGE improvement. And I haven’t needed to snack all day. Unfortunately I have still felt sick every evening and been very tired and in bed by 7 or 8pm most nights. I have also struggled to stick to paleo (from about 6 weeks pregnant) because even though I’ve not felt sick in the mornings, most mornings the thought of my usual breakfasts (eggs, eggs and more eggs!) have really turned my stomach and I’ve wanted dry food like cereal. I’ve tried to stick to Rude Health’s gluten-free sprouted porridge oats. Due to not feeling sick during the day I have managed to make myself a nutrient-dense lunch every day and have been eating lots of oily fish, eggs, raw cheese, fermented foods and salad vegetables (again a big improvement on what I managed to eat in the first trimester in my last two pregnancies). By the evening I’ve felt sick and so I haven’t had much success with dinner!

The other difference is that the sickness and tiredness completely eased this time around 10 weeks, when in my previous pregnancies it continued right up until 12 weeks.

I really don’t know whether any of the differences this time are due to better nutrition or different supplements, or something else. Some people say you feel different depending on whether you are having a boy or a girl, but I have one of each and felt similar in both pregnancies. I have definitely felt better this time round and as anyone who has experienced the misery of all-day pregnancy sickness will understand, you would try anything if you thought it would make things even a little more bearable! So hopefully this blog post might give you a few ideas of things you can try to help prevent or ease morning sickness. Good luck!