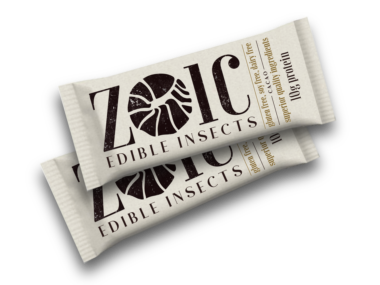 Do you eat bugs? Maybe you should!

You might think that entomophagy, the eating of insects, is a novel practice, or that it comes from the distant east, but it actually has its roots far back in the history of man. Hunter-gatherers ate insects without giving it a second thought. They don’t just taste good, insects are also packed with nutrients, which makes them the prehistoric version of food supplements. You can read more about their nutritional potential here.

Today insects have largely lost their role of providing a source of protein. In the near future, however, they could be making a major comeback. Here’s why: The global population is growing exponentially, which will lead to a massive increase in food demand. One third of all dry land on Earth is already being used for agricultural purposes. It is estimated that traditional food production won’t be able to satisfy the increasing demand. According to the Food and Agriculture Organization of the United Nations insects are one of the most promising solutions for this problem.

So what exactly is the main problem?

Traditional livestock production requires a lot space and is not effective in converting feed into protein. A cow, for example, requires 7 kilograms of feed to gain one kilogram of body mass. Insects only require 2 kilograms of feed to grow 1 kilogram of mass. Their numbers increase rapidly. One bug can produce between 100 and a few thousand eggs, while animals only have a few offspring. If you were a modern entrepreneur, whose decisions are guided by measurable data, which species would you choose to grow?

Growing crops like wheat and soy is devastating our environment by using large fields and blowing tons of pesticides into the air every day. Livestock production is no better, as it produces huge amounts of greenhouse gasses and the animals are pumped full of chemicals, which are still present in the meat when we eat it. Insects are bred without any artificial hormones, pesticides or other growth stimulants. They can be grown vertically in multi-story facilities built high in the air like skyscrapers, or underground.

I first heard those fact at a lecture at the Veterinary Faculty last year and the idea obsessed me.

Before that I wanted to become a small animal surgeon. The idea of edible insects inspired me and I started researching insects as a possible source of food for mankind on a large scale. The Veterinary Faculty supported me in my quest, providing me with a mentor. In the autumn of 2014 I bought a small pack of mealworms from the local pet store and started breeding them in an aquarium in my room. I was surprised at their nutritional value and at how easy it is to grow them. The idea of growing my own source of protein took me over. When I first tasted them I was astonished. They were delicious, but people in general weren’t as excited as I was.

Even though insects are extremely healthy and their production is highly sustainable, it is hard to persuade people to eat them. We figured out that it gets much easier if we serve them in the form of a powder. That is how ZoicBar was born. We made a delicious protein bar from mealworm powder and real food ingredients – no supplements allowed.

We see protein bars as the perfect ice-breaker to re-introduce insects into every-day nutrition. Join our mission and be part of our story. Let’s accelerate humanity’s journey to the much-needed agricultural revolution of the 21st century.

Visit our website zoicbar.com to learn more about edible insects, as well as our story and mission.