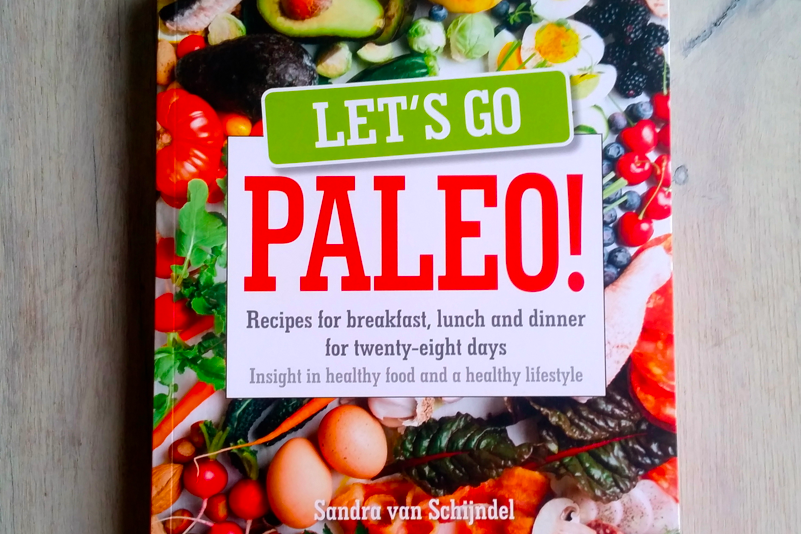 If you’re searching for an alternative but healthy lifestyle, you may have heard of the Paleo diet. Offering a very different take on the modern menu, Paleo advocates an entirely new approach.

For those who have never heard of it, the Paleo diet precludes potatoes, rice, pasta, grains, dairy and cheese – an intimidating list of banned foods for newbies. However, this is the wrong approach, as the author Sandra van Schijndel suggests, instead of looking at what’s not allowed, it’s far better to focus on the huge list of foods which are included.

Advocates believe that the Paleo diet works so well because it’s based on our genetics, and allows lean meat, seafood, berries, nuts, seeds, fruit and vegetables to be eaten, the very foods that our cavemen ancestors would have enjoyed.

More than a diet plan

Although Sandra van Schijndel does indeed provide suggestions for a number of delicious recipes, and ideas about how to be inventive while you’re recreating your diet for life, it’s far more than just a cook book.

Let’s Go Paleo is a great source of inspiration, setting out in colourful detail just why the Paleo diet works and why it’s so important to make the switch.

Along with recipes for a 28 day period, you’ll find a shopping guide plus other information to help make your new Paleo eating habits work well from the start.

But going Paleo is just the start of a healthy lifestyle and the author is keen to inspire her readers on how to create a better life in other ways too. Primarily a book about a new way of eating, Let’s Go Paleo also emphasises the need for self-awareness and how to create an environment for a life which is not just healthier, but longer and happier too. Sandra van Schijndel wrote this book based on her own experiences with paleo. After printing a few copies for the members of her gym it quickly became apparent that they and others were hungry for more information. She now gives regular talks on nutrition and the paleo principle in which she explains the ins and outs of adopting a healthy lifestyle. These talks also include cooking and tasting sessions that have proven extremely popular with both men and women.

This book contains recipes for breakfast, lunch and dinner in a 28-day program based on the paleo principle, along with detailed shopping lists and other relevant information. The author also provides advice on how to heighten self-awareness and live a healthier and happier life.

Let’s go paleo! is not a book about dieting but one that offers a motivational perspective on healthy living.

‘When I first spotted a paleo book in my local bookstore a few years back, I wanted to buy it immediately. I didn’t really know why at first – the bookcase at home was already bursting at the seams with books on nutrition and exercise. I leafed through the book and, much to my dismay, all I saw was page after page of text…not one photo or splash of color, both of which I like to see used liberally in books on healthy living. After all, the pursuit of a healthier lifestyle and being able to lose a few pounds in the process is invariably accompanied by many ups and downs and repeated attempts at starting again, so even something as simple as a bit of color in whatever health book you are reading can help make you a little more optimistic and cheerful.

My first reaction to paleo was: what am I supposed to eat?! No bread, grains, pasta, rice, potatoes, cheese or dairy (though cheese and milk are still a grey area)… this sounded like too tall an order! However, the more I read about paleo the more my opinion began to change. First of all I stopped calling it a diet, and secondly, and this was the best bit, I began to shift my focus from what I had to give up onto what I was allowed, which turned out to be quite a lot actually. This made life seem a whole lot brighter altogether.’

About the Author: Sandra van Schijndel

Sandra van Schijndel began her career as a choreographer and dance teacher, ranging in style from hip-hop to Latin. It wasn’t until she had turned 19 that she became interested in other sports, after she had been asked to fill in for an instructor who had taken ill. She was immediately thrown in at the deep end and found herself facing a room full of fitness fanatics all eager for a workout. At the end of the session she knew that she had found her calling – pushing people to the limit! Sandra immersed herself in the world of fitness and quickly became an all-round sports instructor specialized in weight training. Later she went to work in Mallorca and Italy before returning to The Netherlands to take up a fulltime position as a gym instructor.

After the birth of her daughter she began to experience a number of physical complaints whose origin remained a mystery to her doctor. Eventually she figured that they were all in her head. She went looking for a solution and found it in her diet; she badly needed to become more aware of what she was eating. The next step, towards natural and pure foods, was nothing short of a revelation! She decided to commit her experiences and her road to fitness to paper in an easy-to-follow program. The result was her first book: Let’s go Paleo!