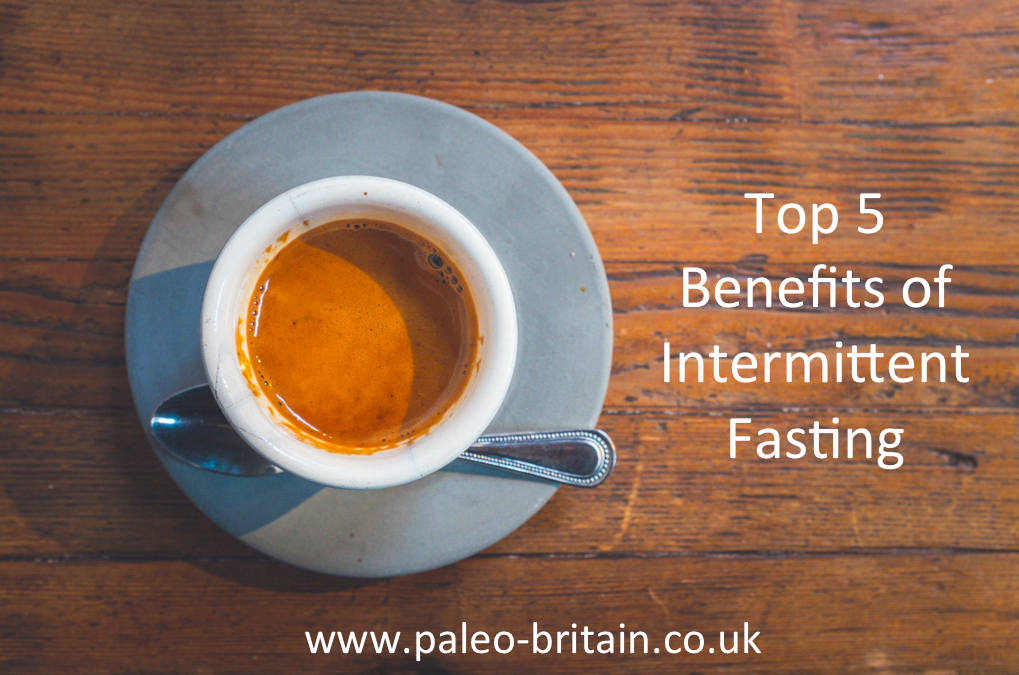 Intermittent Fasting is a dietary tool which can help you optimise your health and maximise the results that you get from your diet. This type of dieting is very powerful when used correctly so the the decision to use intermittent fasting as a way of improving your health is one that you shouldn’t take lightly.

What is intermittent fasting?

Intermittent fasting does exactly what the name suggests and is the term used when you change the normal timing of eating during the day incorporating short fasts to improve overall health. The process is sometimes called the 5:2 diet or time-restricted feeding because you may shorten the eating window and extend the duration of the usual overnight fast. This can be extended to 12 hours or as much as 20 hours.

Instead of decreasing the period of eating some people prefer to do whole-day fasts which can mean fasting for 24 hours. This can be done once or twice a week, or maybe just once or twice a month. Research which has been conducted into intermittent fasting looks at alternate-day fasting where you would fast for 24 hours every other day with no restrictions on what you eat on the days in between.

Studies have shown that intermittent fasting is associated with weight loss and body fat percentage loss and it can have powerful effects especially in people who have diabetes or are struggling with weight loss. The idea for intermittent fasting comes from evolution, we have evolved to survive during periods of excessive food but also in times where food is more limited. We currently live in a world where food is everywhere and can be enjoyed wherever at any time of the day. By restricting our food intake we are mimicking the evolutionary mechanism.

For some people it might be about gaining weight either in muscle mass or lean body weight and this is still possible. Research has shown that intermittent fasting has evidence to prove that the favourable shift in metabolism shown by this type of fasting can preserve muscle.

This is because during the fast cells shift and no longer use glucose as their primary source of fuel and instead start using fat which is stored in the body. This means that the fat stores in the body are broken down and used for energy as the body does not know when it is going to get food again. Protein is not broken down until the third day of fasting so intermittent fasting is an option for those who want to optimise their health but also maintain or gain muscle mass.

During the time that we are not eating the liver stops secreting glucose into the bloodstream and instead uses it to repair cell damage which helps the body to recover.

Intermittent fasting can lower your risk of Type 2 Diabetes

A study was carried out on rats which showed that fasting protected them against kidney damage which is one of the most severe and serious complications of diabetes. This implies that intermittent fasting can be a great way of protecting people at risk of developing Type 2 Diabetes.

Fasting can lead to a reduction of cholesterol

Several studies which have been conducted show that intermittent fasting can reduce cholesterol by around 20% because it is broken down and used as fuel in the body during fasts.

LDLs (aka the bad ‘cholesterol’) can decrease after around eight weeks of intermittent fasting, but the best thing is the decrease in small LDL particles which are the worst kind. Small dense LDL particles are associated with a number of cardiovascular diseases so this kind of fasting is favourable in changing LDL from small dense particles to large fluffy ones.

Our livers release enzymes which breakdown cholesterol into acid and it is this acid which dissolves brown fat which then converts calories into heat. During times of fasting the liver is therefore helping to burn off fat within the bodies.

Not only can intermittent fasting decrease your chance of getting certain diseases it can even improve your brain health. A recent study looked at the effect of fasting on motor coordination skills and any potential DNA damage in middle aged rats. The study found that intermittent fasting was associated with the improvement of motor coordination and led to a decrease in oxidative stress. This suggests that it may decrease the cognitive decline which is associated with ageing.

Intermittent fasting is not for everyone

Fasting may seem like a great idea but there are risks associated with it so you should speak to a healthcare provider or nutritionist before embarking on it to help determine if it is right for you. Any form of fasting like this should be avoided at certain times of life including when pregnant or breast feeding. It should also be avoided during times of increased stress which can contribute to Adrenal Fatigue Syndrome.

There are other risks associated with diets which are too low in calories, so although intermittent fasting can be a fantastic strategy for weight loss and your overall health it should be approached with caution.

While intermittent fasting might not be for everyone is it worth trying if you’re unsure about how it will work for you. Try a longer eating window such as 12 hours on and 12 hours off, so maybe only eat between 8am and 8pm, but remember that you can still drink tea, coffee and water during your fasting time. You might be surprised by the results that you get from intermittent fasting.

Ditch The Detox And Kick-Start Your Weight Loss For 2016.
The Easiest Way To Go Paleo, Lose Weight & Feel Great in 30 Days For Just £1 a Day.

Try the Next Generation of Probiotics – Elixa Probiotic – Super Strength