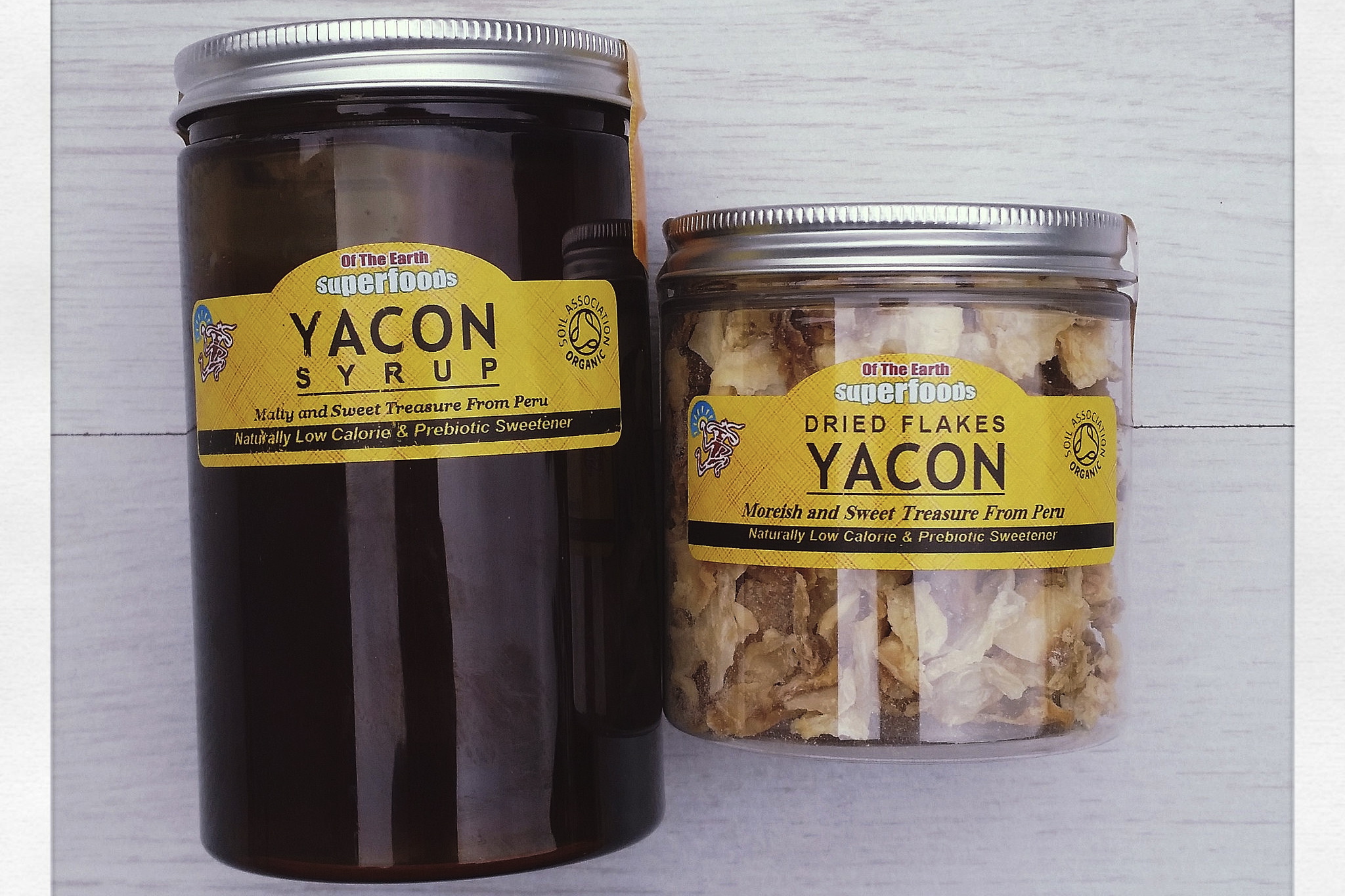 Yacon syrup is extracted from the roots of the yacon plant in a chemical-free process similar to the way maple syrup is made. The yacon plant is a tuber indigenous to the Andes mountain and was used by the Incas. It is a sweet-tasting syrup that looks and tastes similar to molasses, although I find it slightly sweeter and less bitter than molasses. The syrup contains 30g of fibre per 100g. Yacon flakes are simply sliced and dried pieces of the yacon root. The flakes contain 40g of fibre per 100g.

Yacon syrup is one of the best dietary sources of fructo-oligosaccharides (FOS), a type of soluble fibre or prebiotic, containing about 40-50% by weight. FOS are not digested in the stomach or small intestine and reach the large intestine where they feed the beneficial bacteria that reside there. These bacteria (as discussed previously) are hugely important for our health. Gut health translates to overall health, so a robust microbiota ecosystem is essential for preventing inflammation and boosting intestinal immunity. When these bacteria digest the FOS they produce short-chain fatty acids that are incredibly important. There is also some evidence that they lower the levels of a hormone called ghrelin that makes us feel hungry. The FOS in yacon syrup can also reduce symptoms of constipation.

The FOS in yacon are predominantly short-chain FOS between 2-10 fructose molecules, in contrast to the 60+ fructose molecules in an inulin molecules chain (which are referred to as fructo-polysaccharides). However the FOS from yacon is structured in a similar way to inulin, being similarly indigestible in humans, as humans cannot digest the bonds between the sugars due to a lack of enzymes in the small intestines. For this reason the FOS are classified as prebiotics, particularly for Bifidobacterium and Lactobacillus species.

Yacon Syrup is also high in antioxidants and potassium.

How to use Yacon Syrup You can use yacon syrup wherever you would usually use honey, maple syrup or molasses. However, if you cook with yacon syrup the FOS will be broken down with heat and you won’t get the prebiotic benefits. Since it is more expensive than honey or maple syrup I would stick with using it cold and use other sweeteners when baking.

How to use Yacon Flakes

You can simply eat a handful of yacon flakes daily as a snack – they taste sweet and the high fibre content fills you up. Alternatively you could sprinkle them on top of yogurt or porridge or add them to a paleo granola mix (add them after cooking the granola). I like to make a Paleo Trail Mix for snacking on which includes yacon flakes, peeled tiger nuts, 100% dark chocolate drops, coconut flakes and goji berries.

The high amounts of FOS in yacon syrup can cause the same problems you can get from any type of fibre if your body is not used to it – bloating, wind, diarrhea etc. Start slow with around ½-1 tsp. per day, increasing to 5 tsp. per day as your body (and your gut bacteria) adjusts. Stick to just a small handful of flakes daily.

I buy my yacon syrup & flakes from Of The Earth Superfoods. Of The Earth Superfoods are certified organic by the Soil Association, meaning no harmful chemicals, pesticides or processing aids are used at any stage of farming or production. Their products are packed by hand in the UK in a factory running off solar powered energy. They sell a fantastic range of superfoods including some other things I now rotate putting in my daily smoothies: 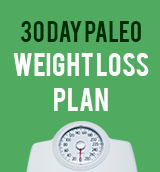 Try Elixa – the Next Generation of Probiotics 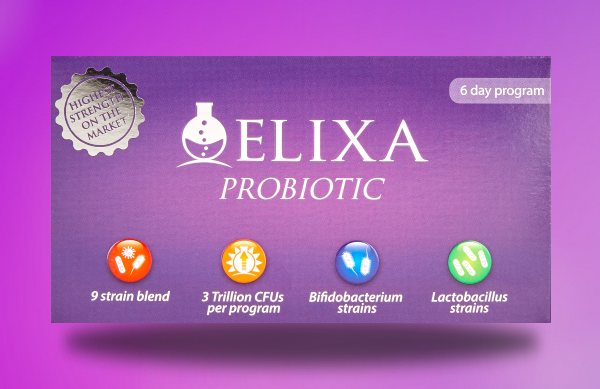