Is There a Perfect Human Diet?

Whilst I don’t think you will find many sources recommending we should eat only animal products, you will find plenty of sources advocating a vegetarian or vegan diet as the optimal human diet. There is so much conflicting information out there and a HUGE number of different diets are promoted in the media – vegetarian, vegan, raw-vegan, low-carb, ketogenic, HFLC, paleo, primal, alkaline, Atkins, The Zone, South Beach diet, gluten-free, The Fast Diet, Perfect Health Diet etc. Many claim to be the optimal diet for health.

So – which diet is the best?

I wish there was an easy answer to this question but sadly there is not! However, in this article I will discuss what we can take away from looking at the diets of traditional and long-lived people, and try to draw together some common threads (from traditional people’s diets and lifestyles) that we can all apply to hopefully live healthy and disease-free lives. I have looked at evidence from

The first part of the discussion summarizes the work of Weston Price from one of my favourite books of all time – Nutrition and Physical Degeneration. If you haven’t read this book then I highly recommend it.

Who was Weston Price? 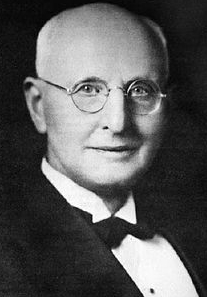 In the 1920s and 1930s, Dr. Weston Price, a dentist, spent 10 years of his life travelling the world to look for people free of the dental problems plaguing nearly all Americans. During his 10 years of travelling he visited 14 countries on 5 continents and studied thousands of people eating their traditional diets. He found that people eating their native diets of unprocessed wholefoods had excellent mental, physical and dental health. Those eating modern processed foods had seen their health deteriorate. This research will never be able to be repeated since these traditional people are no longer isolated from modern influences, and this is what makes Weston Price’s work so important. Below is a summary of the traditional dietaries of the different people he visited. 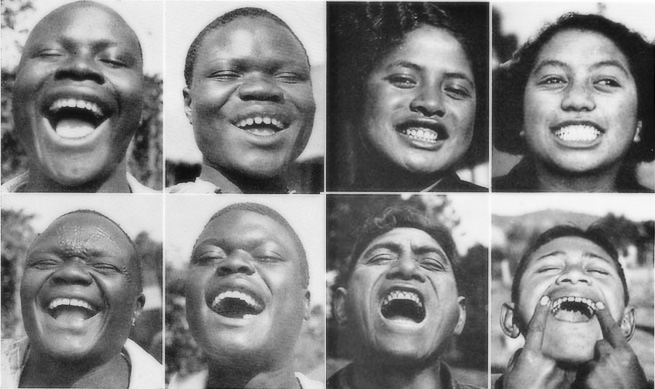 What do the traditional diets studied by Weston Price have in common?

Evidence from “Modern” Hunter-Gatherer Societies   Loren Cordain and his research team analysed 229 hunter-gatherer diets from all over the world. They did not find a single vegetarian or vegan society in all the diets they studied (humans are well adapted to be omnivores). They did however find (in line with Weston Price’s findings above) that humans can thrive on many types of diet as long as these diets contribute the full range of essential nutrients. I think it goes without saying that these “modern” hunter-gatherer societies did not take nutritional supplements to make up for deficiencies in their chosen diets!

The results of Loren Cordain’s analyses are as follows:

These results have been criticised as not being accurate (and rebuttal to that here). However, even if the percentages are out, for the purpose of this discussion, I think we can still conclude that all modern hunter-gatherers ate BOTH plants and animals in varying amounts. 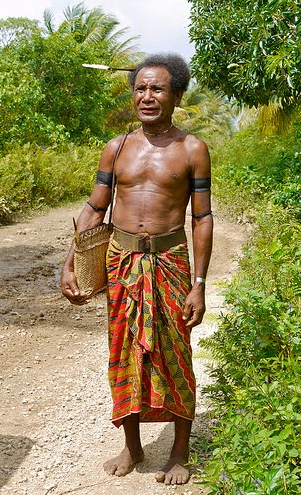 Kitava is an island in the Trobriand Islands group of Papau New Guinea that has until very recently been almost untouched by Western influences. The 2000-odd inhabitants of this island and their diet and lifestyle have been the subject of studies by researcher Staffan Lindeberg and his colleagues due to their reported excellent health and traditional diet.   Let’s look at their diet and see how it compares to other traditional diets discussed.

Once again we see a traditional diet that contains both plant and animal foods. They utilize the entire animal including organs. The diet is low in sugar and does not contain processed foods or supplements.

The Hadza Tribe in Tanzania

The Hadza are a fascinating group of people to study. They number just under 1000 and some 300-400 live as hunter-gatherers. They are the last full time hunter-gatherers in Africa. The Hadza’s and their ancestors have probably lived in their current territory for a very long time and it is only a short distance from the area known as the “Cradle of Mankind” due to the number of hominin fossils found there. While no living population is a perfect model of our species’ past, the Hadza lifestyle is similar in critical ways to those of our Pleistocene ancestors. The Hadza hunt and gather on foot with bows, small axes and digging sticks, without the aid of modern tools or equipment. Among the Hadza, men and women practice different food-collecting strategies with men eating more meat and honey and women eating more plant foods. The Hadza eat a diet composed mostly of fresh food: tubers, honey, berries, baobab fruit and various wild meats. They do not consume grains or dairy.

Diet during the dry season

Diet during the wet season

Hadza Lifestyle As you would expect of a hunter-gatherer population, the Hadza walk a lot and are highly active throughout the day. However, an interesting study looked at energy expenditure in the Hadza and found little difference between the Hadza and current Western populations (the Hadza do not burn off more calories through exercise than Westerners). The Hadza do not suffer from obesity. This supports the theory that diet is more important than exercise in controlling weight.

Modern research carried out by National Geographic gives us further clues into what we can do to lead a long and healthy life.

What are the Blue Zones? 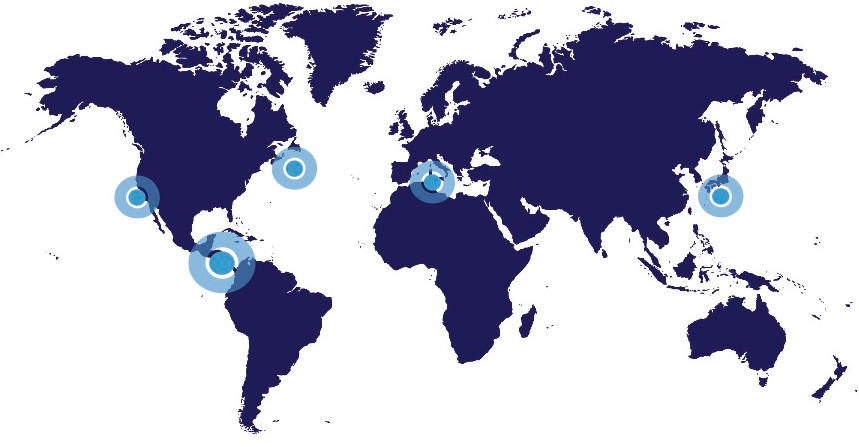 National Geographic Explorer Dan Buettner has traveled the globe to uncover the best strategies for longevity found in the Blue Zones – 5 places in the world where higher percentages of people enjoy remarkably long, full lives and reach age 100 at 10 times the average rate, while experiencing lower rates of cancers, dementia and heart disease.   The 5 Blue Zones are:

*Note: These statistics are gathered from the web and are hard to verify as being 100% correct. 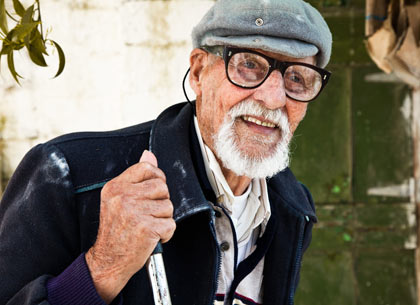 Let’s take a closer look at their diets and lifestyles (for a more detailed analysis scroll to the bottom of this article). 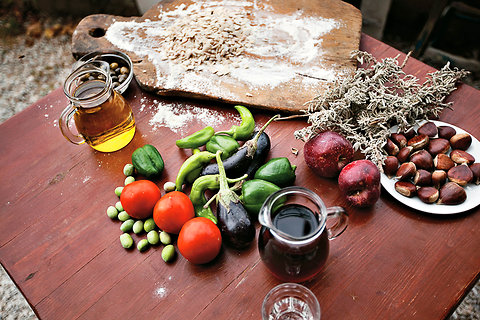 5. The Nicoyan Peninsula of Costa Rica 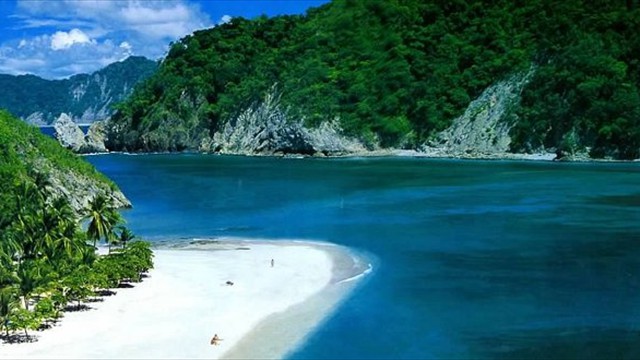 What do all the Blue Zones have in common?

What can we conclude from these findings? Can we find a secret to longevity and health?

If a vegan/vegetarian diet were optimal, then we would expect there would have been some traditional or hunter-gatherers societies successfully living only on plant foods. In fact, Weston Price found no traditional society living only on plant foods, and a study of 229 hunter-gatherer societies unearthed no vegan society. The Kitavans and the Hadza tribe eat both plant foods and animal foods. People in the Blue Zones manage to live long, healthy, disease free lives while still eating animal products. (The Seventh Day Adventists are an exception, however, they are a modern group (~150 years old) with ready access to nutritional supplements if needed to make up for any deficiencies in their diet and many of them consume eggs and dairy).

Surely if veganism were the optimal diet for humans we would have found at least one traditional vegan society? And if animal products were harmful to us, how did all these people survive and thrive whilst eating them?

The thing that most strikes me is the huge amount of variety in diets of healthy people around the world. We humans have an amazing ability to adapt to our surroundings. If you look at all the above diets I think the only things you can really say that these diets have in common is:

Therefore, although on an individual level you or I might feel better by removing dairy or grains from our diets, these foods have not been conclusively shown to be detrimental to human health.

However…traditional and hunter-gatherer societies were not consuming pasteurized and homogenized low-fat dairy, nor were they eating refined grains or processed meat. The foods they consumed were in an unprocessed form. The dairy was full-fat and raw, and often fermented. The grains used were wholegrains and the meat and fish eaten were fresh (and often wild) but not processed with chemicals or shipped to them from another country.

It’s clear that lifestyle is just as important as diet. Healthy people without exception have led or do lead active lifestyles. They don’t “consciously exercise” but are active every day, whether that be hunting, fishing, tending cattle, working the land, growing vegetables and fruits, gathering plant materials or just doing lots of walking.

Being part of a community also seems to be very important to people’s wellbeing. Most traditional societies were part of a close knit community and lived with their extended families, and we also see this working for people in the Blue Zones today.

On Viti Levu, one of the larger islands of the Pacific Ocean   Weston Price hoped “to find if possible, plants or fruits which together, without the use of animal products, were capable of providing all the requirements of the body for growth and for maintenance of good health and a high state of physical efficiency”   Instead, he found that the people living inland (mainly on plant foods) required food from the sea at least every 3 months. No places were found where the native plant foods were not supplemented by seafoods.

The interest here was to look at people who did not have access to animal life from the sea.   In 13 tribes they did not meet a single individual with irregular teeth and in 6 tribes there was not a single tooth attacked by dental caries nor a single malformed dental arch.

The Nilotic tribes were chiefly herders of cattle and goats and lived primarily on dairy products, including milk and blood, with some meat, and with a varying percentage of vegetable foods. These tribes were characterized by superb physical development.

The Masai for their food throughout the centuries depended very largely on milk, meat and blood, reinforced with vegetables and fruit. Blood is used raw, just as the milk is. In a study of 2516 teeth only 0.4% of the teeth had been attacked by tooth decay. 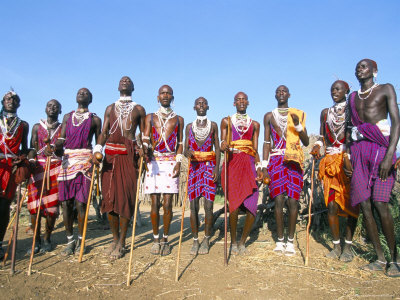 The Kikuyu tribe in Kenya – chief articles of diet are sweet potatoes, corn, beans, bananas and millet. The Kikuyus are not as tall as the Masai and physically they are much less rugged.   He looked at several other tribes and found the agriculturists (eating mainly corn, beans, millet, sweet potatoes, bananas and other grains) were physically “not as well built as either the tribes using dairy products liberally or those using fish from the fresh water lakes and streams”

Anglo-Egyptian Sudan – these tribes had superb physical development with many women being 6 feet tall and men even taller, plus almost 100% immunity to cavities   Diet – animal life of the Nile, dairy products, milk and blood from the herds. No sugar, refined flour or vegetable oils.

Isolated Australian Aborigines, 1936   Diet of those near the coast – seafood, plants. No dairy, grains, sugar, refined flour or vegetable oils.

Diet of those from the interior – meat, organs, insects, plants. No dairy, grains, sugar, refined flour or vegetable oils.

What diet did Weston Price use for healing teeth with cavities?

Diets in the Blue Zones

Diet – lots of vegetables and fruit, white rice, soy, some fish and meat

5. The Nicoyan Peninsula of Costa Rica

New to paleo? Do you want to lose weight? Looking to increase your energy levels? Do you want easy, simple paleo recipes and paleo inspiration? Sign up here for our 30 day paleo plan