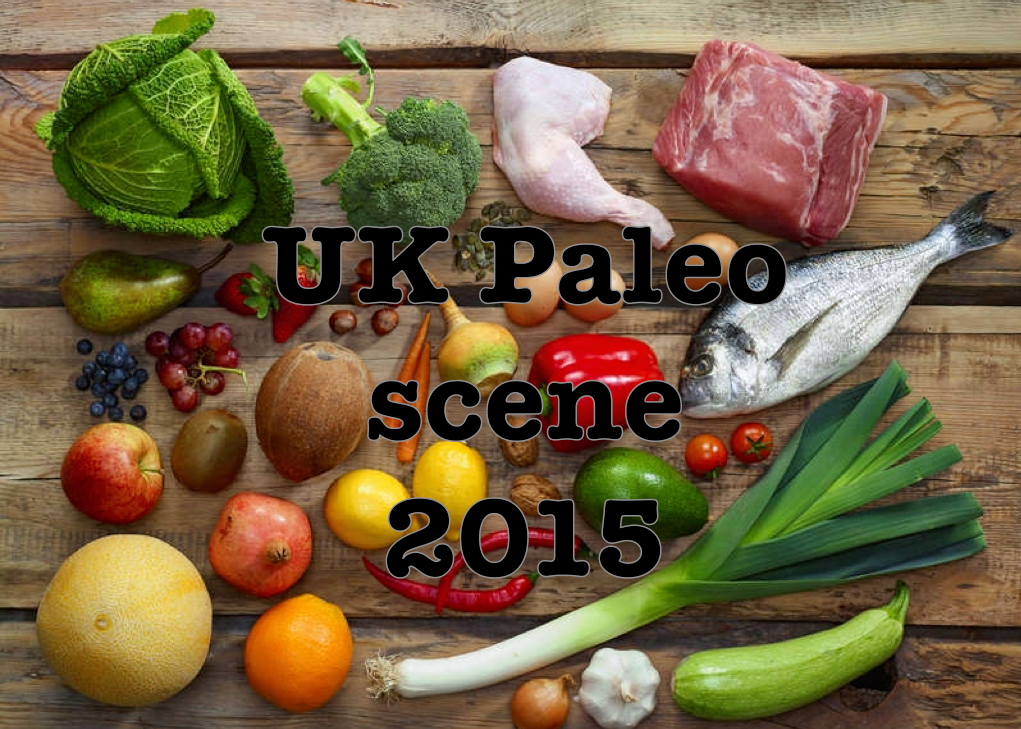 2015 has seen the UK Paleo scene develop beyond recognition. While it may have been initially slow to start, especially in the UK, the trend for clean eating and the Paleo diet has seen a big upwards push over the last year.

With a huge boost in the number of UK based online shops selling Paleo products, a large increase in Paleo brands and a big up rise in the amount of Paleo bloggers; 2015 really has been great for the UK Paleo scene.

Work to be done

While 2015 has seen an increase in the number of people turning towards a Paleo lifestyle in a bid to lead a healthier life; there is still a lot of work to be done. Recent figures show that obesity levels across Britain have more than trebled in the last 30 years. Great Britain currently has the highest levels of obesity across the whole of Western Europe, beating countries such as France, Germany and Spain to the dubious top spot. With one in 4 adults in the UK being classed as obese, according to the UN Food and Agricultural Organisation, fears that 74% of men and 64% of women in UK are to be overweight by 2030 are looking like a very feasible prediction.

There is definitely room for improvement within the dieting trend across the UK. Focus needs to be placed on education about food and what foods are best for us and also what negative effects processed foods and lack of exercise can have on the body. The more education there is on the subject of diet and lifestyle then the more likely it is that people across the UK will make healthier choices for themselves.

This may be one of the reasons why the UK Paleo scene has seen such an increase in interest this year as more and more people begin to be more tuned into the facts about what they are eating. So what exactly has been happening on the ground in the UK that has sparked this flurry of interest in the Paleo lifestyle?

While the UK still lags behind the big boys of Paleo in America and Australia in terms of blogging, 2015 has seen a few big hitters keeping up their long-standing blogs and also introduced a few newbies to the game.

Paleo Polly is a long established name in the world of Paleo blogging and she has still been very much at the top in 2015. Fitter Food provide nutrition and personal training, fitness tips, recipes and an active blog. Paleo Works is a website which features many individual blogs from UK writers who discuss their experiences with the lifestyle, share tips and recipes and also share general information about the Paleo diet and how best to stick with it. Other blogs new to 2015 include Paleo Diet and Fitness, Zoe’s Kitchen, The Anti-Inflammatory Foodist and various different bloggers featured on London Paleo Kitchen. Greens of the Stone Age, Comfort Bites and Paleo with Mrs P are three of the best paleo recipe sites (and instagram accounts) in the UK.

The internet has a plethora of information about the Paleo diet and lifestyle and a wealth of websites to visit on the subject. 2015 saw the launch of the online magazine Primal Eye which is dedicated to all things Paleo and a great source of information and inspiration. Here at Paleo Britain we’ve been going strong this year, seeing a big increase in visitors and subscribers, as has Paleo Works, which is a West Yorkshire based consultation and support website for those looking to embark on the Paleo lifestyle for the first time.

The internet is definitely the best place to begin your search if you are looking for information on the Paleo diet in the UK. As Great Britain embraces the “caveman” diet, more and more websites, blogs, recipe boards and support groups are launching with the UK’s population specifically in mind.

Often one of the most difficult parts of any diet or lifestyle change is finding the right food. Trawling the supermarkets, checking labels or even driving miles out of your way to the only shop in miles that sells the unprocessed foods you need can be a real turn off for many people considering switching to the Paleo lifestyle. However, during 2015 many new Paleo-friendly food brands have been launched to meet the demands of the increasing number of people in the UK who have chosen to follow the Paleo diet.

The Naked Ape is one of the UK’s largest Paleo food brands and it has seen a large increase in sales over 2015 as more and more people across the UK turn to the healthier way of eating. Bone broth companies are on the rise with Brighton Bone Broth, Ossa Bone Broth and The Paleo Broth Company all launching in 2015. Perfectly Paleo is another big paleo food supplier in the UK, definitely the best one stop shop for all your Paleo food needs. Designed 2 Eat also sell paleo snacks online. LiveLean and Primal Meats, both grass fed meat companies, also launched in 2015 to help meet the increasing demands of the UK Paleo market. While not new in 2015, The Primal Pantry, Primal Joy Foods and Uggfoods continue to be amongst the biggest brands in Paleo foods.

If you’re not feeling up to cooking during the week but still want to stick to your healthy eating plan then you may want to look at some of the meal delivery companies offering perfect Paleo meals straight to your door all across the UK. Paleo Chef and Paleo Now are just a couple of the delivery companies UK customers can choose from to have Paleo-friendly, home cooked meals delivered right to the front door. Guilt Free Goodies produce homemade, all natural healthy goodies and hampers which make great gifts for anyone following a special diet.

Re-Find Health launched in 2015 with “A Talk with Chris Kresser in London” and they have several events planned for 2016 too. Health Unplugged also took place for the second year running and hosted a range of speakers including my co-host on the Eat Better podcast Dr Tommy Wood, Dr Rangan Chatterjee (Doctor in the House, BBC1) and Darryl Edwards (who organised the event) who can be found at The Fitness Explorer. Fitter Food also run events via The Fitter Food Academy.

Exeter’s Magdalen Chapter has become the first hotel in the UK to offer a paleo package, catering for those following the diet. Guests can enjoy dishes such as Thai style beef salad, grilled sardines with gremolata and rocket and lemon poached chicken with sweet onions, and spiced plums with cinnamon. The paleo package includes two nights accommodation, a fresh fruit platter in the room on arrival. Followed by a tailored three course set paleo dinner and bespoke paleo breakfast each morning, plus one full REN Body Contouring Detox Wrap. Primal Retreat is a residential fitness retreat in the UK offering a nutritious and tasty paleo menu and a variety of low and high intensity exercise over the course of weekend, 5 or 7 night retreats.

Paleo Restaurant in Leamington Spa is currently the only dedicated paleo restaurant that we know of in the UK. Sadly Pure Taste restaurant had to close but Holly Redman is currently running paleo pop-up events (email h.r.taylor@live.co.uk for more details).

Slow and steady progress for Paleo in the UK

While the UK may not yet be catching up to the Americans or Australians in terms of the number of people living the Paleo lifestyle, the progress is there for all to see. 2015 has seen a big increase in the number of new Paleo companies and also an increase in the amount of people turning towards this all-round healthier lifestyle, making starting and sticking to the Paleo diet much easier than in previous years.

With shocking obesity figures and the trends of overweight adults looking to increase over the next few years, it can only be a good thing that more people are taking an interest in the health benefits promised by the Paleo diet. We look forward to 2016 bringing even more support for this natural and healthy way of life.

Try the Next Generation of Probiotics – Highest Strength Formulation on the Market with FORTRESS-5 Technology: